E Electrical Contracting, LLC was established as a WBE firm in December 2003. The company has grown exponentially as a full service electrical contracting firm since then and has become recognized and respected among all New York City and New York State agencies.

EEC continues to stay true to its mission: provide professional, low cost and value driven service to all clients in a timely, economic and safe manner. The staff at E Electrical Contracting look to put its clients first through high quality performance both in the field and in the office.

The company is a certified WBE firm that is licensed, bonded and insured in the New York City and Long Island area. EEC is a proud member of IBEW Local 3 union. 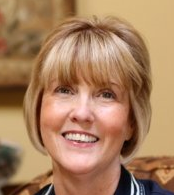 In 1993, she opened her own woman based enterprise, Fritch Construction Co., Inc., which successfully completed numerous projects in the private sector and expanded into the public works arena. These agencies and companies include the Bovis, Health and Hospitals, NYC School Construction Authority, New York City Department of Correction, New York City Department of Design and Construction, Skanska, STV and TDX. From a standing start as a small subcontracting firm, she has turned Fritch Construction Co., Inc. into a firm capable of handling multiple multi-million dollar projects totaling over $60 million.

Maureen is one of the founders and President Emeritus of the Women Builders Council, Inc. whose goal is to enhance and promote construction opportunities for member WBE firms. She also donates her time to assist member firms in procurement opportunities, legislative initiatives, advocacy and mentoring. Maureen serves as a consultant to the MTA Small Business Mentor Program, mentors other M/WBE firms and has also served on numerous boards, including Mayor Bloomberg’s Construction Advisory Committee.

Outside of the construction world, Maureen gives back to her alma mater, St. Agnes Academic High School. Not only did she sit on the Board of Directors for three years, Maureen also contributes and sponsors the Angel program which supports students who need tuition assistance. 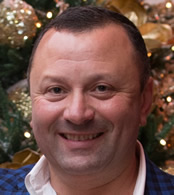 Igor Bron started his journey in the electrical field after high school in his home country. Originally from the Ukraine, Igor studied at the Industrial College of Khamenets where, in 1986, he obtained his Bachelor’s Degree in Electrical Engineering. He then furthered his education by achieving another Bachelor’s Degree in both History and Law from the Educational University of Khamenets in 1990.

In 1992, after achieving his dream of becoming a United States citizen, Igor began his career as a journeyman electrician working his way up to project manager. During this time, Igor studied towards his goal of becoming a licensed Master Electrician by attending the Mechanics Institute of New York; in 2002 he achieved that goal.

Since arriving in New York City, Igor has successfully managed numerous projects through E Electrical Contracting, LLC for the NYC School Construction Authority, Dormitory Authority of the State of New York, Department of Citywide Administrative Services, NYC Department of Correction, NYC Housing Authority, NYC MTA, Bovis, Skanska and TDX. Past and current projects he manages were completed professionally, on time or ahead of schedule and within the allotted budget. Over the years, Igor’s professional portfolio has accumulated an exceptionally impressive list of completed projects totaling well over $200 million.

Igor is persistently challenging himself to further his achievements both professionally and personally. While a member of the International Association of Electrical Inspectors, and heading multimillion dollar projects, Igor still finds time for philanthropy. He is a proud supporter of numerous orphanages throughout the Ukraine and supports Friends of Refugees of Eastern Europe (F.R.E.E)

Elizabeth Fritch has been surrounded by the construction industry since she was a child. Elizabeth’s parents both worked in the field: her father was a union carpenter in the New York City area and her mother, Maureen Fritch, had opened up two WBE firms, Fritch Construction Co., Inc. and E Electrical Contracting, LLC. Because of this, she saw the workings of WBE businesses in the construction realm from the inside, out.

Starting from a young age, Elizabeth would attend bid meetings for potential projects, awards and Women Builders Council functions with her mother, Maureen Fritch. As time passed, Elizabeth slowly began to immerse herself by working for Fritch Construction Co., Inc. in high school. Maureen Fritch made Elizabeth start from the beginning and earn more responsibilities within the company. She was also employed at other customer service firms holding management positions; she held these for over ten years.

Elizabeth continued her education after high school at Quinnipiac University and St. Joseph’s College majoring in both Business and Mathematics. The combination of schooling and managerial positions led to her coming aboard E Electrical Contracting, LLC’s team in 2014.

Elizabeth credits her hard work, dedication and thorough attention to detail to her success both academically and professionally. She applies these principals as she continues to be advised and mentored by Maureen Fritch for the day she steps into the role as the WBE owner of E Electrical Contracting, LLC. In Elizabeth’s spare time, the self-proclaimed animal lover donates to the Animal Society for the Prevention of Cruelty to Animals (ASPCA).